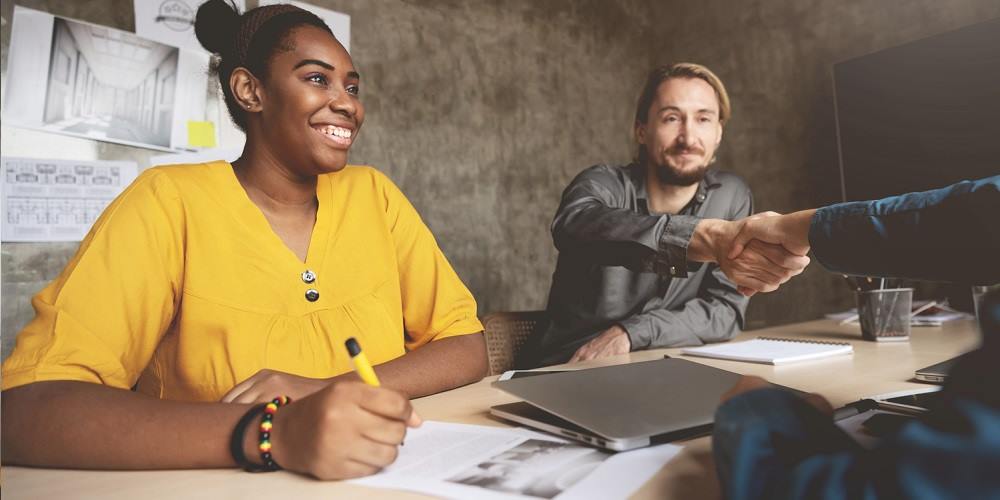 Team development is everything in the beginning. If a startup doesn’t staff wisely, the ship can quickly flounder. But finding a great hire is no easy task in a saturated job market, especially when the perfect candidate might not be looking for a job. Despite a vast sea of online job boards, tools, and applicant tracking systems, hiring remains a struggle.

Think of a superhero movie. The mission is just too daunting for the protagonist alone. The hero will search through their directory of fellow superheroes, rebels, and those with complementary skill sets. As the team is assembled, it becomes clear that some recruits are already engrossed with other work, see too much risk in the proposed job, or have unsettled business with one of the team’s members.

Something that a successful protagonist never does is settle.

The team is going to assist in developing a vision, reaching goals, and even setting limits. That’s why it is so important to reach for the best. In the early stages, a startup will likely begin with active recruitment — the process of attracting prospects that often are not seeking work. If the vision of the startup is strong, shows promise, and inspires the prospect, they might be unable to resist the temptation of an intoxicating new career journey.

“When you’re a startup, you’re not going to be able to compete from a compensation perspective with Amazon and Google, or the other big banks. So you can’t lead with that package,” said Craig Markovitz, an entrepreneur and assistant teaching professor of entrepreneurship at Carnegie Mellon University’s Tepper School of Business. “What you can offer people is an opportunity to really make a contribution to see the results of their labor and commitment — and that’s really the kind of person that you want.”

Initially, startups seek out candidates that fit their perceived culture, possess the tools and experiences to accelerate growth and stabilize business, and are comfortable with tasks that fall outside their job description.

“I often think of a ‘Swiss Army knife’ contributor who can come in, make an impact, and build,” Corey Berkey, the vice president of human resources at JazzHR, said about desirable traits in early-stage recruits. “It’s critical to have versatile talent in the early days because so many people are wearing a multitude of hats in that development stage.”

JazzHR is an applicant tracking system, or ATS, that provides user-friendly hiring solutions for small and medium-sized businesses, or SMBs, on its platform. With headquarters in Pittsburgh, and a satellite location in Boston, the 11-year-old SaaS company (formerly known as The Resumator) is no longer in startup mode. But the not-so-distant memories of its startup era remain relevant because JazzHR works with so many fresh businesses daily.

Employee referrals rank as the top source for quality candidates. “Our best resource for finding employees were our existing employees,” Markovitz said when talking about recruiting for his former company, Blue Belt Technologies. “We would have people come to us, partially because of our own recruiting effort, but really because of the reputation and passion of our employees getting the word out.”

However, startups face potential risks when hiring through their networks. “What’s dangerous is when an entrepreneur meets someone somewhere and they become enamored with that person,” Berkey said. “This is the old ‘I know I want them to work for me because they’ll make a difference, I just don’t have an opening right now so we’ll make something up’ scenario that I’ve seen fail so many times.”

Recruiting quality candidates is competitive due to accelerated growth in job creation and unemployment rates at a half-century low. To make matters even more dog-eat-dog, according to the most recent ADP Employment Report, 77 percent of the 202,000 jobs that were added to the economy in December 2019 were in the SMB market.

“It’s a tricky thing,” Markovitz said of the competitive nature of hiring today. “I’m glad that I’m not out there trying to hire 20 software engineers, mechanical engineers, and roboticists right now in Pittsburgh. The competition for talent is real. I see it every day. But that doesn’t mean you should lower your standards.”

But high standards are costly: Recruiting is expensive, especially when it comes to contract recruiters — rates can run a business $75 to $150 per hour.

“We have to be willing to make those investments wisely and understand that this can take as much — or as little — of our budget as possible,” Berkey said. “Hiring a recruiter for every role, especially at a small startup, should be done only after careful consideration.”

While active recruitment can seem like the only way to snag quality candidates in a competitive job market, the steep price of contract recruiters can make that infeasible for startups. But there’s another option: passive recruitment, or waiting for candidates to apply for a posted job. This can complement active recruitment because it allows dissatisfied but employed professionals to pick up their heads and see what else is available without much effort.

Recruiters need not be wary of employed workers seeking a new gig: 87 percent of active and passive candidates are open to leaving their jobs, and it’s not uncommon for a person to be opportunistic and seek out a preferred culture, salary, and role.

Culture has become a driving force in the recruitment process, but expectations have changed. It wasn’t all that long ago that a beer fridge, pingpong table, and work-from-home Fridays could lure in eager candidates willing to invest their lives in a company. Now, candidates expect some variation of remote or flexible hours. Since 2016, there has been a 78 percent jump in job posts that mention work flexibility on LinkedIn.

Hiring needs to be a team sport, and marketing plays a vital role in the process. Think of the infamous “Own a home. Work in tech. Move to Pittsburgh.” Duolingo advertisement that hung high in San Francisco. Not only was this serving as a means of recruiting from a beleaguered sector of the tech community, but it was also a display of brand recognition for consumers.

Fortunately for those that cannot afford billboard space in the Bay Area, there are many manageable ways to get the word out about job openings: ATSs have become the go-to solution for hiring needs — more than 98 percent of Fortune 500 companies use one.

An ATS will typically offer customers a career page for their website, in addition to publishing job postings to a variety of job boards. After a candidate applies on a job board, their application filters directly into a dashboard where a company can screen, interview, and onboard candidates, saving a business owner or entrepreneur a tremendous amount of time.

Lack of notoriety is something that an ATS cannot always make up for, which is why many startups will look to work with a parent investor if possible. Innovation Works has a career page that lists job openings at companies it’s invested in. This JazzHR-powered page provides advocacy for young startups. High performers may shy away from young companies they’ve never heard of, but if they have a stamp of approval from a reputable source, then there is a potential for doors to open.

It’s difficult to understand what hiring process works best if you don’t know whether your hires become good employees. “It’s worthwhile to understand how your pipeline is being filled,” Markovitz said. Tracking quality of hire has the potential to shape the hiring process, but many companies don’t do it. Among the companies that do track the quality of the hire, just 20 percent are using pre-hire metrics. Having the ability to use both pre- and post-hire metrics to monitor the quality of a hire allows for a full picture to be painted and referenced for future candidates.

There’s not one single system that works best when it comes to hiring. Each business is unique. It’s always smart to build strong networks, keep an eye out for talent, and seek referrals, but there’s also no reason to be wary of a candidate that is seeking a better opportunity. What is most important is that we track the quality of a hire and know what sources produce the best results.

No matter what tactics a business uses to hire, one thing’s for sure: It’s going to cost money. The average cost per hire is $4,425, which is no small investment. Wouldn’t it be best to get creative and closely track the quality of this investment to better understand how to produce favorable future results?

With so many available hiring solutions, we may be overthinking this whole thing. Hiring is evolving, but the ideas remain the same. Once upon a time, we either exclusively used referrals or opened the newspaper and flipped through the classifieds for employment opportunities. This hasn’t really changed. As I wrote this article, I scanned the job listings on an online Pittsburgh news source, where I saw eight listings for jobs in the tech sector. One of those companies? JazzHR.