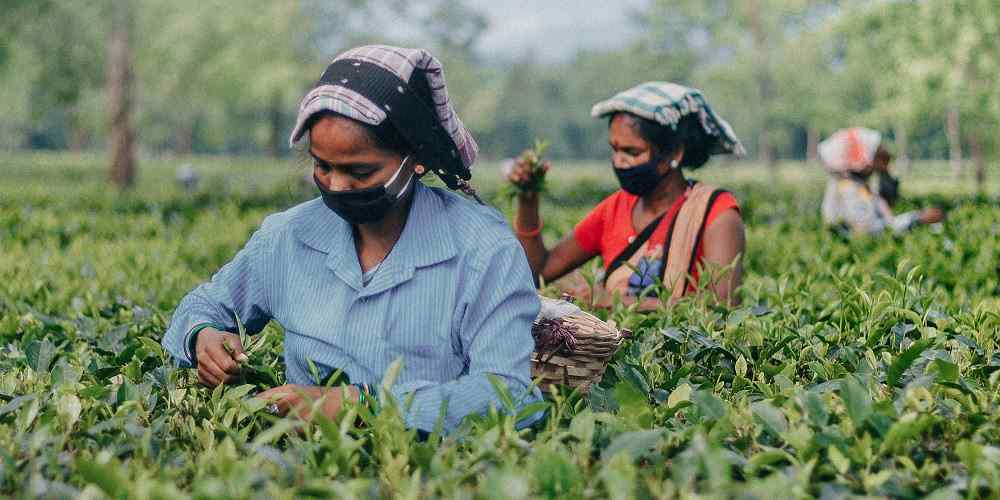 Mark Sotomayor won’t get to walk at commencement this week, but it’s fair to say the Grove City College senior is a few steps ahead of most of his classmates when it comes to a post-college career.

Sotomayor is the CEO and founder of Treecup Tea, a small-batch tea company based in Evans City, a small town roughly 30 miles north of Pittsburgh.

“The two main things, flavor-wise, that set us apart are unique global flavors as well as healthy, low-calorie brews,” he said in a phone interview.

Founded in 2017, while Sotomayor was a sophomore, Treecup’s motto is “buy a tea, plant a tree” — for every bottle of tea that is sold, Treecup plants one tree in Haiti’s deforested Artibonite Valley.

Originally, Sotomayor founded Treecup as a means to sell his grandmother’s Peruvian chai recipe. (Sotomayor’s mother, Vitalia, serves as CFO and is the only other employee). Today, in addition to chai, there are five other blends.

Treecup is available at several regional establishments, including Soergel Orchards, Black Cat Market, My Goodness, and Grove City’s central snack bar, the GeDunk. Variety six-packs are available through the Treecup website, and, as of February, at all three Whole Foods locations in Western Pennsylvania.

“It’s a very scrappy sort of production model we have,” Sotomayor said. “We do everything by hand. We brew the tea with loose leaves and big, 3-gallon pots. And we actually fill the bottles and cool them down manually.”

Currently, Treecup brews out of a commercial kitchen in the back of the Evans City VFW, and it’s enough to meet current demand, but Sotomayor has big plans for the future, aiming to raise between $100,000 and $200,000.

“So I’ve never raised money before, and I’m graduating this May, so that’ll be, you know, a totally new thing for me,” he said. “But that’ll be an adventure.”

With this funding, Sotomayor hopes to assemble a core staff, “a diverse team of up to five people.” He also plans to apply for B-corp status. In five years, he wants Treecup Tea to be available at retailers nationwide, something he believes would allow the company to sell enough to reforest all of Haiti — no small feat for a country where less than 1 percent of its primary forest remains.

Initially, Sotomayor said it cost approximately 40 cents to plant a single tree, but today that number is down to 26 cents due to inflation in Haiti. He has visited the country twice so far to plant trees, and he plans to return this August, depending, of course, on the worldwide pandemic.

Haitian farmers receive roughly 30 saplings to plant on denuded, rocky plots of land. Some are fruit trees, but most are fast-growing hardwoods, like mahogany or oak. After about 15 years, a single tree can be harvested and sold for about $1,000 to $1,500, a significant windfall for subsistence farmers in a country where the average annual salary is around $450.

Treecup’s connection to Haiti coincided with its founding in 2017, when Dave Brauer, a board member of Pittsburgh-based charity Haiti Friends, struck up a conversation with Sotomayor at the Evans City Living Dead Weekend, at which he was selling his Peruvian chai.

Rawson said that Haiti Friends, like many others, has seen a downturn in donations during the pandemic, and that he is fortunate to have a stream of revenue, and additional exposure for their cause, from Treecup Tea.

“We’re really happy to be associated with Mark and what he’s doing,” Rawson said. “It’s a beautiful relationship.”