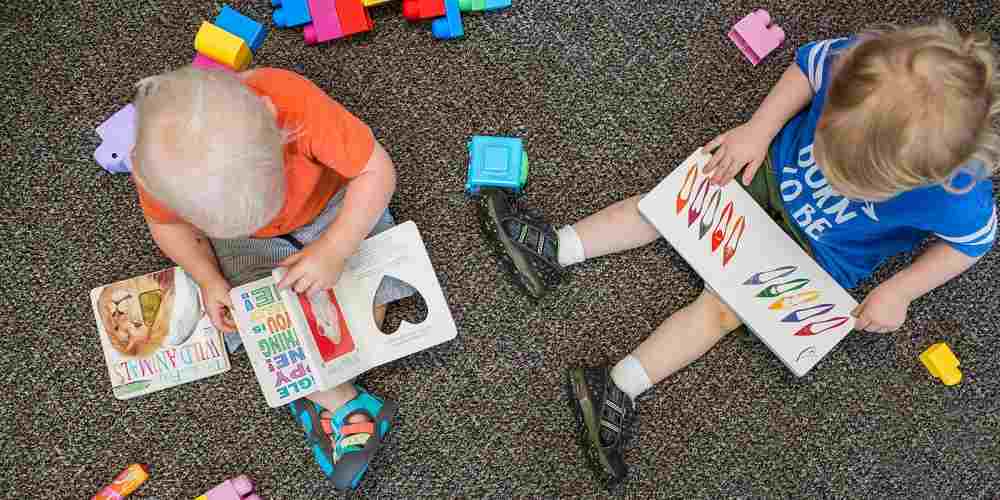 As any parent knows, finding suitable childcare is a drain on your time — and your bank account.

But one Pittsburgh-based startup is looking to alleviate some of the worries associated with finding someone to watch your kid when the nanny’s car breaks down or off-site daycare closes.

Pittsburgh-based Flexable is a B-to-B service that sets up flexible childcare at workplaces, networking events, and conferences, working with employers to provide on-site childcare to their employees.

“Childcare has always been something traditionally in American culture that rests primarily on the parents themselves,” said Priya Amin, one of Flexable’s co-founders. “So this is something that is new to a lot of organizations, to see themselves as being part of the solution.”

Employers offering on-site daycare isn’t new — a few well-known companies like Campbell’s, Patagonia, and Nike have been offering similar services for years — but the trend is growing. Early studies show that having childcare in the workplace improves employee performance and can significantly boost retention rates. Plus, parents won’t lose a day of work due to a school closure or because their au pair falls ill.

Flexable’s service brings vetted caretakers to offices and events and creates a custom setup to fit the organization’s needs. When companies work with Flexable, parents don’t have to stop on the way to work to drop off their kids at daycare and don’t need to find a sitter so they can attend a networking event.

Because it’s a semi-mobile and on-demand, Flexable caretakers can set up in a vacant conference room and bring everything from entertainment and crafts to the necessary equipment to childproof a corporate workspace. Workplaces aren’t tasked with hiring caregivers or the startup costs of building a care center on-site. They can select services as needed, whether its routine care for after-work board meetings or one-offs for evening networking events.

The idea for Flexable came from experience. Amin, once a busy marketing consultant, was fed up looking for childcare.

“I couldn’t even go to my client meetings because of my kids; I’d have my 3-year-old and my baby,” she said. “I’d be picking toys out of my bag, hunting for my iPad.”

While Amin wanted to restart her career after maternity leave, finding someone to provide adequate care for her kids while she attended after-work networking events was almost out of the question — she could barely find the care she needed during the day to get work done.

Barbara VanKirk, president and founder of software engineering and consulting firm IQ Inc., had the same struggle when she started her engineering career at Westinghouse,

After spending hours of her personal time finding a nanny for her children, VanKirk ended up with a sort of side hustle helping her fellow working moms find and interview nannies.

VanKirk’s experience isn’t uncommon, even in 2020. There are exceptions to the rule, but the burden of coordinating childcare often falls primarily on the mother’s shoulders.

“Women are more likely to be economically impacted by childhood or childcare than their male counterparts,” Amin said, explaining what’s called the “motherhood penalty.” The mother is more likely to stay home with a sick child, leave work early to pick up the kids, and is often deemed “less devoted” to her job.

The penalty comes from workplace perception and lost growth opportunities. According to a recent study, 41 percent of working Americans perceive mothers to be less dedicated to their job, and, subsequently, a third of them judge working mothers for requiring a flexible schedule. Working mothers lose out on an estimated $16,000 annually from bearing the burden of childcare.

Eventually, the pain points around childcare became Amin’s passion. “It planted this seed in my head,” she said. “How do you incorporate life and work together to make the professional ecosystem less stressful, especially for women, especially for mothers?”

Since its inception two and a half years ago, Flexable has partnered with 120 organizations, provided childcare in over 1,000 locations, and tended to almost 3,000 children.

One of Flexable’s ongoing partnerships is with the City of Pittsburgh, offering full-day on-site daycare for the children of city staff members during the 15 days of the school year that Pittsburgh Public Schools have in-service days but city offices remain open. The partnership, now in its second year, is part of the city’s efforts to make its offices more family-friendly.

“We believe this is a benefit for working parents that enables them to come and do their job on days they might otherwise have to take a day off,” said Tiffini Simoneaux, the city’s early childhood manager.

Simoneaux recalled a recent conversation with a city staffer who explained that Flexable’s partnership with the city made it possible for her to take an actual vacation. “She used to use all of her paid time off to care for her child on the days that schools are closed,” Simoneaux said.

On-site daycare relieves a huge pain point for parents and has the potential to transform an office environment, opening the door for more inclusive policies and eliminating the motherhood penalty.

The way Amin sees it, when an organization agrees to provide childcare for their constituents and stakeholders, they’re working toward inclusive policies.

“And that’s the key … by opening the doors and saying, you know, whether or not you’re actually going to bring your children, we’re still going to accommodate the fact that you have children.”